Overview
Hanoi Telecom Joint Stock Company - Hanoi Telecom was established on May 2, 2001, with a charter capital of VND 1,600 billion. With the consent of the Prime Minister, Hanoi Telecom is one of the four major carriers in Vietnam to be fully licensed by the Ministry of Post and Telematics, now the Ministry of Information and Communication For more than 20 years of construction and growth, Hanoi Telecom operates under the model of an Economic Group with more than ten companies and member units, more than 5,000 employees and telecommunications infrastructure nationwide.

Especially, Hanoi Telecom is the national leader in SDH broadband digital microwave transmission with over 4,000 km stretching from the Northwest, Northeast to the South West and Southeast. North-South optical fiber transmission backbone with a capacity of hundreds of Gigabit / s has been put into operation. It is bringing unlimited service quality and speed, serving the long-term development plan of the enterprise and the digital transformation orientation of the country of Vietnam. Vietnamobile mobile phone network is the result of business cooperation between Hanoi Telecom and one of the world’s leading international telecommunications groups Hutchison Telecom. With the investment capital of over one billion USD, Vietnamobile mobile network has coverage nationwide.

Vietnamobile has been and continues to be invested on a large scale to expand the 3G and 4G network infrastructure and enhance the quality of services as well as customer care activities. Vietnamobile is considered as an international mobile network with the most stable network quality, managed by a professional international CEO. With the main telecommunications theory and the strategy of “standing on the shoulder of a giant”, and taking customer satisfaction as service goals, Hanoi Telecom and Vietnamobile have in a short time become a major operator, and have a significant market share. To confirm the position of the business, Hanoi Telecom has always paid attention to and focused on investment in technology development, education, and scientific research. Hanoi Telecom is aiming to build a scientific urban area associated with a resort for employees.

Hanoi Telecom is honored and proud to be named Hanoi Capital – a city with more than four thousand years of culture, the heart of the country and a convergence of national elites. Hanoi Telecom Group is honored to be selected build telecom towers with 36 floors located in the center of Hanoi.

With all the existing values and the good ones being aimed at, the Group has been attracting a large number of domestic and international managers, experts, skilled workers to join hands in building Hanoi Telecom into a national telecommunications corporation and an international brand. Associate Professor. Dr. Lang Ngoc Pham
Chairman of the Board The road we take has no stops. The more we go, the more we see the new hopes.

Associate Professor. Dr. Lang Ngoc Pham
Chairman of the Board

Every day to work and contribute to Hanoi Telecom, it is a meaningful day.

Hanoi Telecom is the home of enthusiasts, enthusiasm and creativity.

MISSION
Providing the best solutions to customers, maximum benefits for shareholders, and towards building a sustainable telecommunications - IT market. VISION
Becoming a leading enterprise in the National work towards a digitalized economy. 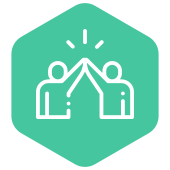 INNOVATION
We are actively innovating, and love being creative from the smallest jobs. 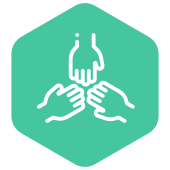 CO-OPERATION
We highly collaborative and respect the value of the contribution of each member as well as to expand international cooperation. 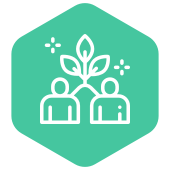 THOROUGHNESS
Each product and service provided by us clearly demonstrates the sense of responsibility, and comes from the heart to increase our credibility.

REPUTATION
Over the past 20 years, Hanoi Telecom is one of the leading telecommunications and IT service providers in Vietnam and has been trusted by customers.

QUALITY
In the development strategy of the Corporation, human resource is one of the deciding factors for the prestige, quality and efficiency of projects.

CREATION
Customer is the center, any problem has the right solution. We always listen to our customers' needs, and diversify our services.

Member companies
Hanoi Telecom operates under the model of an Economic Group with more than ten member companies - more than 5,000 employees and nationwide telecommunications infrastructure. Customer
Provide optimal solutions for the customer group is the state-owned enterprises, small and medium enterprises in the areas of: Finance, Banking, Insurance, Healthcare, Education.